International press coverage from Øya Festival

Check out the reviews of the Oslo festival

After a successful Øya Festival in Tøyenparken a few weeks ago, several international media outlets have shared their positive experiences from the Norwegian festival. A booming music scene, musical diversity, as well as a tribute to the world-leading "green" focus that the festival represents are some of the recurring themes. The reviews come from Variety Magazine, NME, Alternative Press and SPIN.

Øya International
The international press participated in Music Norway and the Øya Festival's delegate program named Øya International. Participants from the Norwegian and international industry took part in speed meetings with each other, as well as activities such as visits to the Munch museum to check out their Satyricon & Munch exhibition, the National Museum and a boat trip to Bleikøya featuring an introduction to the Canadian music market.

The diversity of the Norwegian music scene
Dagny, girl in red and Aurora received special recognition from Variety's Deputy Music Editor, Jem Aswad, who also wrote about one of Norway’s most popular acts Karpe's and their unique show in Spektrum (not part of the festival), which took place at the same time as the festival. Kvelertak, Kamara, Mall Girl, Metteson and Emilie Nicolas were also noticed by the international press, and the musical diversity offered by the festival was highlighted. The Norwegian government’s support of the arts also received a mention.

-Impressive green efforts
The Øya Festival is in its own league when it comes to sustainability and environmental efforts. In 2020, the festival won the prize as the world's most environmentally friendly festival during the A Greener Festival Awards in London. This aspect didn’t go unnoticed by the international press, and in the article "Organizers of Øya, the World's Greenest Music Festival, Explain How It's Done", Variety Magazine writes about the focus on organic and plant-based food, recycling efforts and smart use of sustainable energy.

Check out the international reviews from the festival here:

SPIN: “Øya Fest Returns To Oslo”

Alternative Press: “girl in red on her biggest scare and returning to the Oslo stage”

NME "Øya Festival 2022 review: Aurora and Nick Cave shine at the fest of the future" 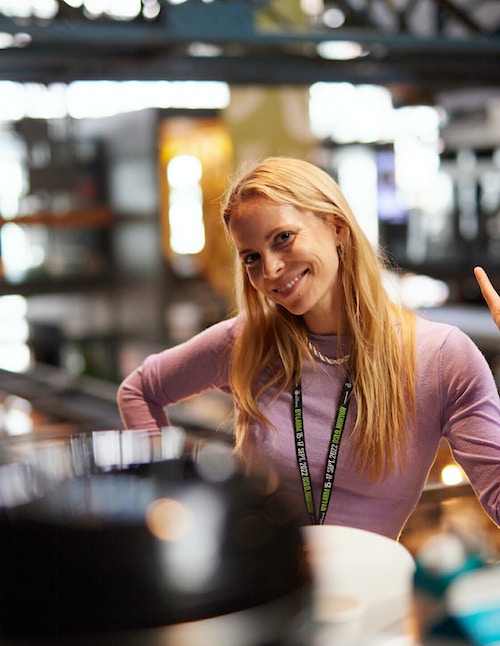