After graduating from Cultural Project Management in Lillehammer, Marthe Heggenhougen threw herself into the music industry with both feet and has at the age of 27 a long track record of exciting projects, collaborations and accomplishments.

Marthe has been a part of the family at Cosmpolite Scene in Oslo for several years, where she works as Managing Director. This is one of the forefront venues in Norway in terms of world-, soul,- and jazz music. In 2017, Marthe was selected among several other applicants to Music Norway’s program BAKFOLK, a program aimed at promoting and supporting one young industry professional in the jazz sector. The direct result of this became VIBE Agency, a booking agency founded by Marthe in January 2018. She has always had a passion and good ear for music, and the goal with VIBE is to fill a void in the industry, to promote Norwegian niche music to an international audience as well as to promote the fantastic potential that lies there. Two years later, VIBE works with some of the most sought-after and renowned Norwegian musicians within jazz, folk and ambient, and is continuing to move

forward within the European music market. Since VIBE was established, Marthe has also participated in Music Norway’s MASTER program (a leadership development for young music business professionals), won Music Norway’s “Newcomer of the Year” award, as well as serving a number of juries and board positions. Marthe has a strong urge to work for the promotion of Norwegian music and is looking forward to continuing that mission in the years to come. 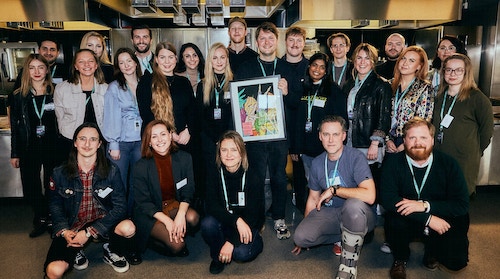