A&R Manager Mathias Sørum share 7 Platinum and 2 billion streams together with his clients. After more than 12 years of working in the US music industry, he shares his story and gives some tips he has picked up along the way on how to strategically work towards the American music market.

“How did you end up working in the United States? What was your road to where you are now?”

– I started my career in Oslo as a DJ on the radio, but inside a CHR format, so I couldn’t play what I wanted. I did that for a few years before I went to study cinematography in Chicago in 2004.

After Sørum graduated in ’07, he moved to Santa Monica to intern for a production company called Radical Media. They represented directors and produced doing mostly documentaries, commercials, and music videos.

– At that internship, I was responsible for visually displaying ideas the directors had, suggest concepts for music videos, or simply just assist them in any way I could. I got to work with a lot of talented people including directors Dave Meyers and Chris Milk.

During a music video concept he did for Gnarls Barkley’s – “Gone Daddy Gone” Sørum worked on the development and got to be on set. This is where he saw an A&R in action, which changed his direction. That one person could be involved with all the aspects of the artist made him want to do the same.

Met Fallon and Felisha King in Atlanta
– I had been shooting videos for independent artists in LA and got a call from someone in Atlanta that had an artist that he wanted me to A&R the project for. No label structure, just super indie. I moved the next month. This was the fall of ’08.

In Atlanta, Sørum made it a point to network. While attending an event with the indie label owner, artist, and producer, he met two people that would shift his focus—Fallon and Felisha King.

– Fallon was the first person I started to manage. We had lunch one day next to a known studio in Atlanta called 11th Street Studios. I had been there in ’09, and Fallon had recorded her last album there. We could not afford to pay for the studio time, so I made a barter with the owner of the studio.

The first year Fallon wrote 127 songs, quality demos according to Sørum. They went to sessions 6-8 times a week.

– We had formulated our plan, which was based on a blitz the market approach. Get her in with as many talented producers she could, so they all would know her talent, and talk about her amongst each other and to their publishers and management.

Turned out that Sørum’s strategy worked well and within a little over a year Fallon signed to UMPG. Shortly after Felisha signed to SonyATV.

– People say hard work beats talent when talent doesn’t work hard, and yeah that’s often true, but who wants to succeed without actually having real talent. Luckily they have both.

“I know many like myself who got amazing music that will never find its way out to the market. It’s a combination of timing, being persistent, and luck. I also always believed in the long term.”

– That is one of the reasons why I manage all the same people today. Vital, Chris Clark, Fallon, Felisha, and Harv. That’s one of my biggest successes. I was loyal and always did good business. We all truly care about each other and it all started very organic, nothing forced.

12 years in, Sørum now shares 7 Platinum and 2 billion streams together with his clients, which went from having him sell their equipment from tour, book them to work with artist that they didn’t want to work with and work other jobs outside the industry to pay rent.

– To now having enough rent money for a few years ahead. That feeling makes me happy. But this is not one of those made it rich in America stories. I’m still nowhere close to well off. That’s for another chapter called; Invest all you got in your career, otherwise, you won’t move up as fast.

“What are the differences between the Norwegian and American music market?”

– That’s a little difficult for me to answer seeing that I really haven’t worked in the Norwegian music market much. I would assume it is similar, but with my brief experience, I feel the industry in the US is a little less formal. I sensed a few times that Norwegian Execs/ A&R’s/ Managers are a little too corporate.

– I am hoping to get a chance to A&R some projects for some Norwegian labels soon. I’m sure I can draw a better conclusion between the two industries then.

“Tips on how to strategically work towards the American music market?”

– I think I gave away some tips in my first answer. Especially on how to organically start something. Succeeding in something takes time—you won’t always be able to maneuver like you want to and too fast will often be your downfall.

Sørum says that even if he manages producers and writers that just made several hits, no one calls and asks him for a one.

– You’d think an A&R or manager would call and ask them to do the same for their artist, but the music industry is complex.

Gain trust with A&Rs and Managers
Another aspect Sørum points out with the US market is the fact that “insider trading” is allowed. That an A&R at a record label can also manage producers and writers at the same time as working on several projects for the label and therefore will have a personal interest in having them do the music.

– That way they make money on the backend from a management fee or sometimes even a publishing agreement. If I want to get on the project, my song has got to be a smash hit—or they’ll go with one of their songs, produced and written by their people.

He says that the key is to gain trust with A&Rs and Managers. To seek out the A&Rs that loves their job and are in it because of their passion for it.

– Become successful in the market you live in now. If you produce quality music, that should be easy. Work with music nerds that live and breathe music. Not ones that are in it to hang with celebrities and go to parties to be seen. There are tons of those. Just know that passed all them, all the people that never make it because they focus on the fluff, passed them are true music lovers. Find them, stick with them.

Trends during Covid-19
When it comes to trends during 2020, Sørum says that Covid-19 has shed light on a few things. Aside from the obviously canceled tours and other live related income, he points out that it’s hard to make money with an artist that sells a full package.

– If you have an artist or sell music that peeks fast and disappears as fast, or that stays current from non-music related hype, Covid has not been friendly. However, if you on the other hand make music that has longevity on the charts and in sync, that is not surviving from hype, your formula has been fruitful.

So again, I think that people that focus on good music and don’t have to sell “the clown show” as a part of the package, will keep on winning and falls in the “pandemic proof” category.

“How will the industry look after Covid-19?”

– I think people will focus more on quality, more on inviting the fans into the artists’ world with even more interaction than before. I was recently at a release-party for a duo named Ceraadi, and they had a very innovative VR concert as a part of their release. Including visuals to every song.

Sørum points out that there is a lot of fun stuff going on and he thinks that we will see innovation in the online concert space like we never have before.

–A company I work with in South Korea sent out interactive light sticks and other gadgets to the fans of the artist they were doing an online concert for. That’s an additional revenue stream that wasn’t there before, including online concerts itself, which cuts out tons of extra expense involved with a tour, but still sells tons of merchandise.

Sørum remains positive and believes that the music industry will be back after this in full force. Even though a lot of projects and tours were delayed, he thinks that when that market opens up again, it will be a flow of great music and live performances with massive gatherings.

“What should artists, managers, and labels think about now to be better off in the future?”

– Focus on what can sustain you over time, and that’s quality music. Don’t like it because you made it, ask for people’s opinion. When enough people ask to hear it again, you know its quality.

To producers, Sørum’s message is this: make quality music and work with artists that care about the same. He says to focus on artists that can become something more than a seasonal hype, one you think can have a sustainable career in this.

His advice to managers and A&Rs is to care about quality in every aspect. But to be cautious of getting a very personal relation to the song, because even if you feel it, the majority might say otherwise and therefore it might not be a hit.

– And most importantly, think long term. Just look for good people in it for the music and not the fame.

– The same goes for giving back masters to producers and writers involved in this artist’s career. They made this all happen, and it was their life’s work. They sacrificed a lot, and they should never have to be broke when the label is making millions.

Sørum has faith in the notion that labels will stay strong and push to regain that cool factor again, and says that they are seeing that a lot in the US and that’s inspiring. The last point he makes is for all, and is one of the things he have vowed to change in this industry.

– Songwriters should get paid like producers. There is no reason why a producer gets a producer fee that he/she technically does not have to share with the songwriter. All my producers split fees and master shares with my writers, the producers that adapt to this method will find themselves not just loved by writers, but becoming very successful, with the talent and hard work of course. 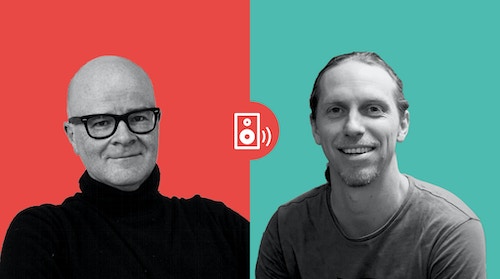